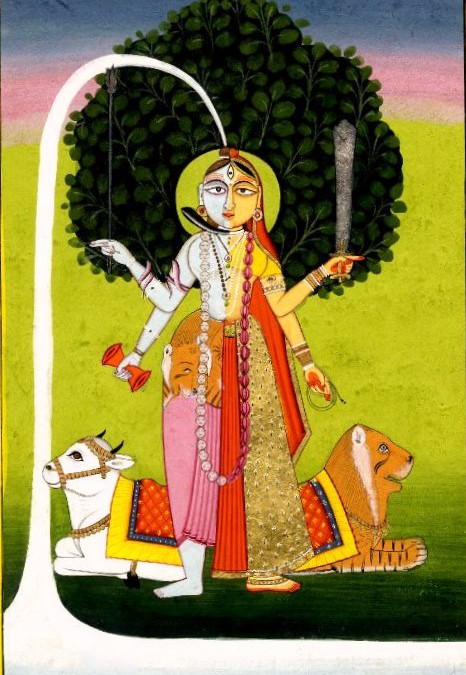 Shiva and Shakti in your practice

The first post in the blog of my brand new web page.

What it started as a text about Yoga Therapeutics has become by itself a contemplation about the presence of  Shiva y Shakti, maybe philosophical concepts that a priori can sound as foreign and distant, in my practice and, specifically, in yoga when practiced with a therapeutic goal. Curiously, a few days ago, my friend Zaira Leal, posted in Facebook a beautiful text, titled “Shakti in your practice”, which view I totally share and that I think, here, I complement.

In Tantra, the concepts of Shiva y Shakti are essencial to understand both the Absolute and the world we are living in.  esenciales para entender tanto lo Absoluto como el propio Universo y el mundo en que vivimos. One way of contemplating Shiva and Shakti is as the masculine and femenine forms of the Divine, of the Absolute, of the Universal. 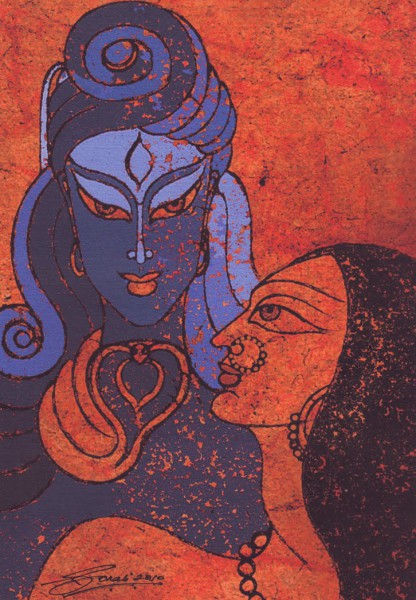 They often appeared represented as deities with human forms. Some times as lovers whose illuminated conversations give place to the most beautiful and powerful texts of Philosophy and Meditation. At other times, fused in a unique form as Ardhanarishwara, half Shiva, half Shakti. Always symbolizing the sacred union between the masculine and the feminine, between the complementary opposites.

But, what do we mean by masculine and feminine? And, returning to the origin of my contemplation, how do they manifest in the yoga practice?

We can interprete masculine and feminine from two different perspectives. In the relative world, they relate to gender, like for animals or human beings. The masculine represents, among other things, strength, tenacity, perseverance, action, penetration.  The femenine is personified by qualities as softness, receptivity, adaptability, nurturance, space. Both are needed in our yoga practice. My teacher Sianna always reminds us that Tantric texts talk about how every practice has to have two components:  fire (agni) and nectar (soma). The solar and the lunar. On one hand, as the insistent friction between two stones, our practice must be able to create fire  (agni),  that from all elements is the one intimately linked to transmutation. On the other hand, there is in any yoga practice a more sutil, more feminine component, that as Moon light (soma) connects us with the essence of pleasure and sweetness of the Universe.

Then there is the vision of masculine and feminine from the Absolute. From this perspective, Shiva is Awareness. Yes, with capital letter. Because there are different levels of awareness and Shiva is the purest, most clear, most aware awareness. In one of the forms that appear in the Myths, Shiva is the yogi, that from the top of Mount Kailash, has a 360 degrees vision. Shiva IS and, also, is the witness of all that is.  Shakti is the creative power of the Absolute that gives birth to Universes, stars, planets, living beings… that give birth to us. One of the condensed forms of this Universal power is the vital force, prana, that manifests, among other ways as the breath. So, in a tangible way, inside myself,  Shiva is awareness and Shakti is the breath. It is not by chance that yogis from ancestral times have experimented with methods that work with awareness and breath. It is not by chance either that, as Shiva and Shakti, they go always hand by hand. 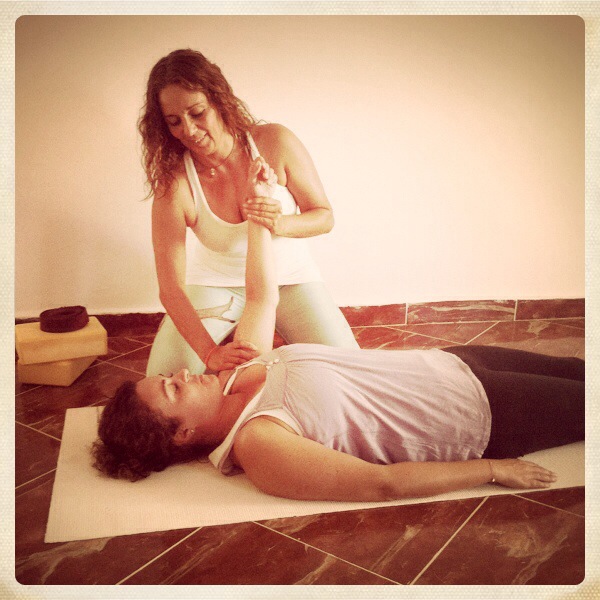 In Yoga Therapeutics, we look for the soma, the sweet nectar of good health. The first rule for a therapeutic action is that it feels good (with an injury, actions that eradicate or lessen the pain).  And so the feminine qualities of patient listening, sensitivity are truly important. But in most cases, the change in physical patterns (and mental and emotional) that are needed to get out of pain, it is not going to happen without the fire. The fire of a regular practice; the fire of the constant repetitions of a particular action; the fire of the heat that is generated in our muscles and that allow that muscular chains and fascia are molded as wet clay.

In Anusara yoga, we work therapeutically using the Universal Principles of AlignmentTM, the same that we use in our daily yoga practice. No difference. But when your body (or someone´s body) is suffering from an injury, there is a small margin for error in alignment. Pain is there to bring awareness and the breath is there to recall space. At a personal level, when I had an injury or limitation  (and I can think as well of emotional limitations), sometimes, in the moments, I experienced it as a going backwards in my asana practice. With time, with no exception, I have always seen how the increasing attention, the precision that comes with awareness, the pranic flow that comes deepening the connection with the breath, have taken me to a new place in my practice through a deep learning.

If  you are going through an injury at the moment, if you have a physical limitation in your practice, if you do not feel well in your body, make your practice your friend. Dedicate  it even a little bit more time and energy!  And it is not necessary to wait to have an injury to make your yoga a therapeutic practice. Bring full awareness to any movement, to any action. Do not let anything be mechanical or with lack of attention. Contemplate your yoga practice in general and your asana practice in particular. Where is the fire? Where is the nectar? How do they relate to each other? And awareness? And the breath? And prepare yourself for a new level of experience.